Shawn and I departed New York City at 6.30am under light wispy clouds in an otherwise clear sky to drive about fifty miles north…

Frankie called me shortly after I got back from the Antarctic in March of 2006. “I’m engaged and the wedding is next January, will… 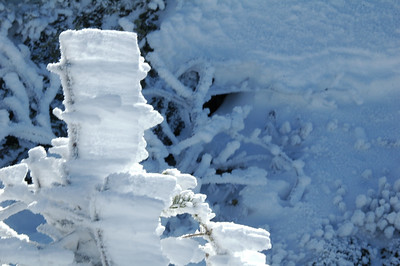 I just wrapped my two months at Gray Knob cabin and I’m already looking forward to returning for another stint in the White Mountains (if the RMC will have me). I hope to experience each of the seasons in their entirety although I suspect autumn will always reign supreme in my view.

I almost didn’t come down before this last stint. When I woke on the morning of my day off, thick clouds surrounded the cabin and I thought nothing of it as I recorded the weather and suited up to head down. Just as I started on the trail a gap formed in the clouds revealing a glowing golden morning sun and blue skies scrubbed by a just-passed storm. Pink and purple halo hues lined the edges of the clouds and reflected in the soft fresh snow. I paused and debated returning to the cabin to get my camera but continued on, expecting it was just a sucker hole and the clouds would reclaim the view by the time I climbed back up. But it persisted. I stopped again but thought if I turned around I wouldn’t get out that day. Mike and Bill were scheduled to fill in and I opted to not rattle the plan.

This website may be the death of me. After seven or eight days of thick fog, stormy winds and continuous snowfall, restlessness was starting…

The metamorphosis is nearly complete. The first substantial snows of the season silently marched in overnight as I slept transforming the green boughs of…

Since arriving at Gray Knob Cabin, exactly one month ago, I’ve logged over 150 miles of trotting around on the trails of the Northern… 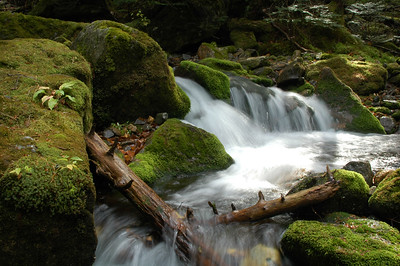 Like || Tweet || More Photos || Purchase Photo
No burnt bottoms! That is, for my second round of baking muffins up at Gray Knob cabin. It was a simple fix, really. I just moved the baking rack one notch higher.

It was an amazing long stint up at the cabin – nine days! My fresh veggies nearly lasted the whole time, and I saved the best for last, a nice piece of butternut squash. I baked it up in my stove-top oven and shared it with “Ben Here” – an Appalachian Trail (AT) through hiker who spent the previous blustery night in a small cave up on the ridge just below Adams 4.

Ben came into Grey Knob cabin at around 8am. I don’t usually get folks arriving at that time and after asking him how he’s doing, he admitted he’d had a rough night. AT hikers usually adopt trail nick-names of some sort. Either they’re given to them or they come up with them on their own. ‘Ben’ may well be his real first name, but it developed as he signed the shelter log books simply with the date and “Ben Here.” 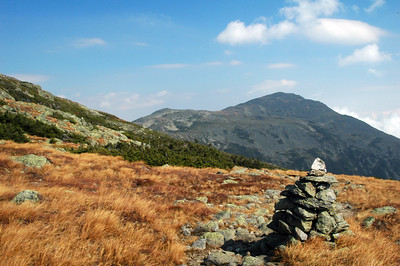 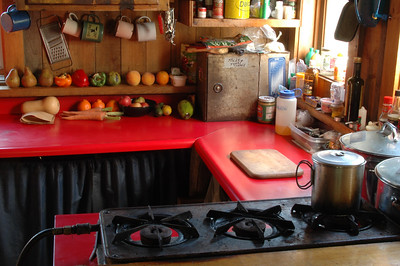 The tranquility of the mountains cannot be matched. After my first week of living in the White Mountains of New Hampshire at Gray Knob Cabin, I’ve totally fallen in love with the simple life away from the hustle and bustle of more populated areas of the world. To get off the power grid and only have to worry about how not to burn the bottoms of my blueberry muffins puts things all into perspective. On clear days I make my way up to the rocky peaks above me and on stormy days I bundle up in my rain gear and go for walks in the driving rain and under the flashes of lightning and the cracks of thunder that echo off the surrounding slopes.

The Dickman family from Pennsylvania came to the Great Northwest looking for a unique adventure that would suit their wide age range of children. With two sets of twins, David and Laura at nine years old, Natalie holding the middle ground at twelve, and the two older twins Amy and Maria, sixteen years of age a piece, they needed something equally stimulating and unburdening for the older to support the younger.