Once in Homer Nathaniel and I put our boats in the water while Sune and Lindsay went to check out the cabin a friend was letting us use. Nathaniel picked up some bait to catch some Halibut for dinner and after dropping his line a dozen or so times from his kayak out in Kachemak Bay with no success we called it a day and paddled the mile or so back to shore where Lindsay and Sune greeted us.

We found a pizza place for dinner right along the shore and watched the perpetual sunset reflect on the mountains and clouds across the bay.

The next day was lazy with visits to cozy coffee shops, bookstores and exploring the town of Homer. Nathaniel and I were scheduled to fly to Denver the next day so we had to hit the road that afternoon.

Time for another Alaska adventure. 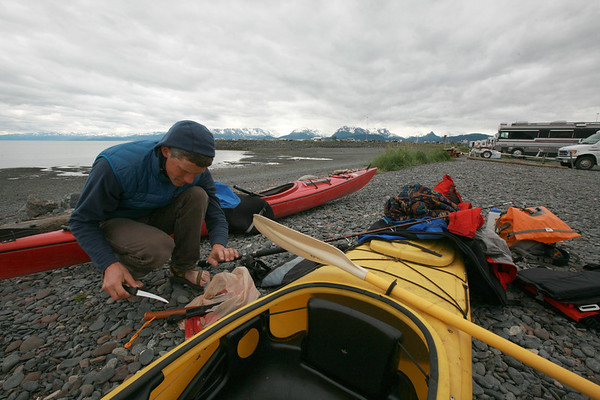 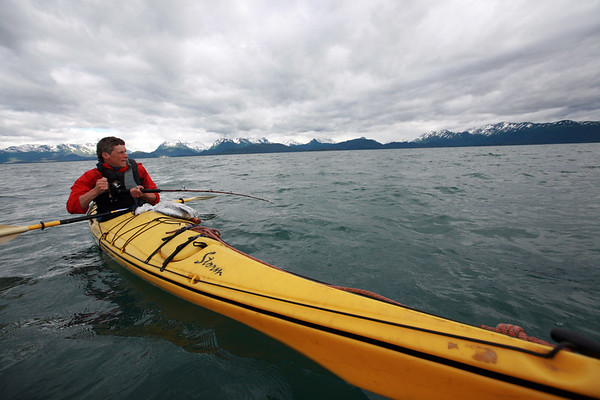 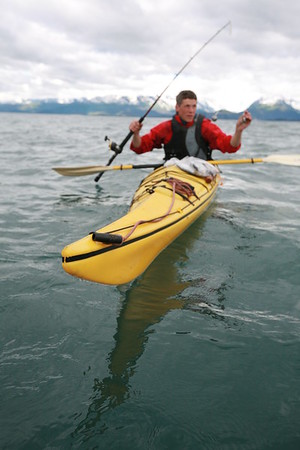 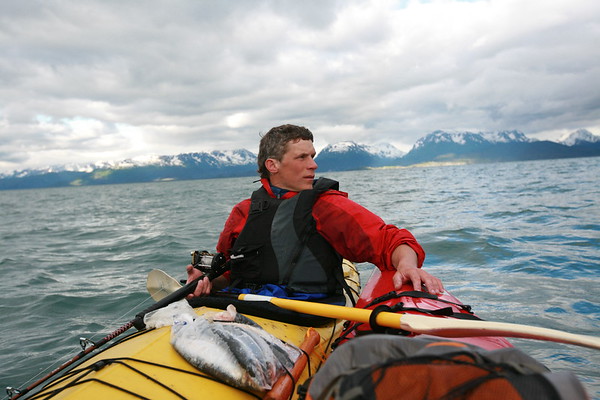 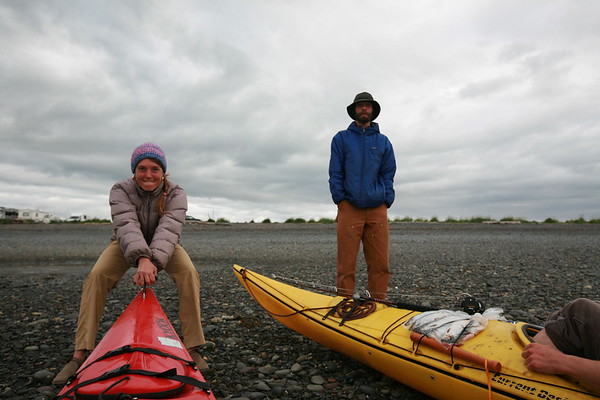 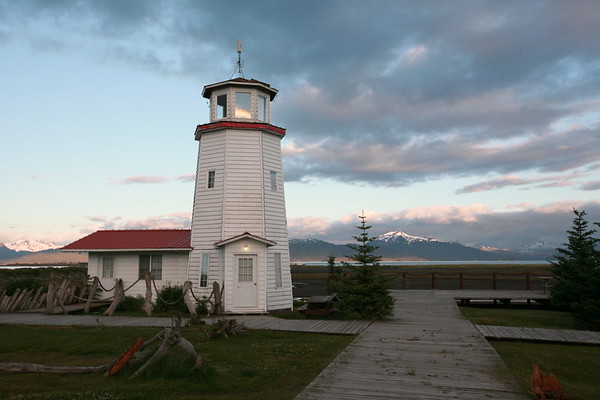