Adventure racing is taking on a new season: Winter!

It was a ‘choose your own method of travel’ sort of race where competitors arrived with telemark skis, cross country skis, snowshoes and Airboards.

Rick and I were there with Airboards, as Team Airboard, and found we were competitive with the other disciplines.

There were 17 teams registered, 14 that showed up to start and 9 teams that finished. When rick and I hit the last checkpoint we were told we were in fifth place and nobody passed us before the finish. In the end however, we did end up in nineth place, and you’ll have to read the whole story (below) to see how that hapened.

Of course, this adventure turned into more than just the race. Unfortunately, I didn’t manage to take many photos during the race… I was kinda busy. But I’m always working on new ways to document adventures of this sort (the sort that don’t lend well to cameras).

Don’t be a lemming. I learned this lesson the hard way and it cost me 40 minutes of climbing to the wrong summit. It was my altimeter that saved me from blundering further.

Our next checkpoint (CP) was at 6800 ft. It was the last CP before the finish. My altimeter now read 7000 ft! Back to the map with the new elevation info, and I sorted out right were I was.

“We went the wrong way.” I murmured to my teammate, Rick. I was keeping my voice low trying to keep it from the other teams gathering around after following up our freshly broken trail in the heavy knee and thigh deep Sierra powder. But they were going to know soon enough when we grudgingly started back down the way we came up.

After the previous CP, we followed the tracks of the teams ahead of us, and popped out on a road. According to my map, the next CP was just along the road and a few hundred meters to the north. An easy right hand turn off the road and up the hill to the knob.

It was relaxing walking along the compact snow on the snowmobile road after plowing through the deep powder. The sky continued to be heavy above us. We were in winter storm conditions and we were lucky to be able to see a quarter of a mile when the clouds lifted for a moment or somehow the thick snowflakes took a break from falling upon us.

I was determined to catch the teams ahead of us. We had just seen them as we caught up to them at the bottom of a long steep backcountry run on our Airboards. The course was mostly along contours and thereby favored to telemark skiers who opted not to bother with the time consuming process of removing and replacing their ski skins between the ups and downs.

Rick and I were racing for Team Airboard (an inflatable boogie board for the snow). So we were snowshoeing on the flats and ups, but bombing the slopes on Airboards for the descents. It was such a rush as we sped down the wooded slopes on our bellies, dodging the trees and brush, and at times colliding into one another as blind corners and soft spots in the snow ganged up against us.

As we marched along the road, the wind kicked up and visibility dropped down to less than three meters as the freshly fallen snow was swirled up off the ground and from the laden boughs above us. The tracks of the teams ahead of us were masked by the compact snow on the road as well as all the falling snow. But they couldn’t hide their tracks where they turned off the road to the right and started their ascent. It was so much easier to follow the trail they had already broken, and with another quick glance at my map, but eager not to waste any time at it, we turned of and headed up as well. This was our mistake.

My re-evaluation of the map at the wrong summit showed me we were not on the road we thought we were on. And the long climb up from the previous CP should have alerted me to that. Irritated with my lack of attention to detail and possibly the fatigue starting to set in, I pulled my focus back to the race and plotted out our next move. Back down to the road, we airboarded the steep slope we had just climbed, we carved out fresh tracks with our more direct line of descent.

Again, we made great time on the road, and we found we could take a flying leap onto our Airboards and get some great speed going on the slight grade of the snowcovered road. We even went faster that those on tele skis because they still had their skins on.

The thick canopy of trees above us along with the heavy cloud cover made it feel very late in the day. After making winding around on the road, we made our left break away from the easy going on the compact snow and started up the proper hill this time to our final CP.

“How many teams ahead of us?” we asked the CP staff.

There were 17 teams registered, and only 14 showed up to start the race. Rick and I were excited, but knew we had to keep moving. And keep moving fast. A telemark team was close behind us and we wanted to be sure to beat them.

The home stretch was easy. It was all downhill back to the road, and then along the road all the way back to the base of one of the backcountry access chairlifts at Northstar at Tahoe. But it wasn’t over for us.

Just before reaching the last stretch of gentle incline on the road, a ski patrol snowmobile buzzed by going the opposite direction. We gave a friendly waive and continued, eager to get to the down hill part to glide our way to the finish. Then, the snowmobile came back and stopped next to us.

“The race is over. We have to pull you out because the wind is picking up.” He said.

“There are at least four teams behind us, go get them first!” We argued back.

His reasoning was that because we were on Airboards (still a very new and misunderstood device in the world) we would be slower than the skiers. Little did he know we blew past them on the road earlier, and our telling him so only irritated him and he raised his voice and became adamant declaring he was taking us off the course, one at a time, right now.

Recognizing he probably had information beyond our awareness and assuming he was going to pull the rest of the teams out from behind us, we figured we’d hold onto our fifth place slot.

Not so. After extracting us, we rode what was possibly the coldest chairlift ride I have ever had and bunkered down in the summit lodge awaiting our next instructions to get down to the awards ceremony at the Mid-mountain Lodge. The teams behind us finally started to arrive as well and we asked them what took so long.

This is when we found out they were not picked up and able to finish the race on their own power! Rick and I were so mad. We weren’t about to explode with irritation, but we were absolutely steaming as we learned more and more about how we were robbed, and eventually relegated back to nineth place.

The winds continued to build, and since we weren’t allowed to ride our Airboards down the Northstar slopes, we had to get down another way. We were told that a snow-cat would be along in about 20 minutes to pick us up. An hour and a half later, the snow-cat arrived and we missed the awards ceremony, the potluck dinner and were being ferried down the now dark slopes in the constant flurry of the storm.

Although the ending was a bit anti-climatic, Rick and I look back fondly on the race and are looking forward to our next chance to race. With every experience come lessons to learn, and we would have avoided the ski patrol ride if I had taken more time with the map at that critical junction and remembered: Don’t be a lemming. 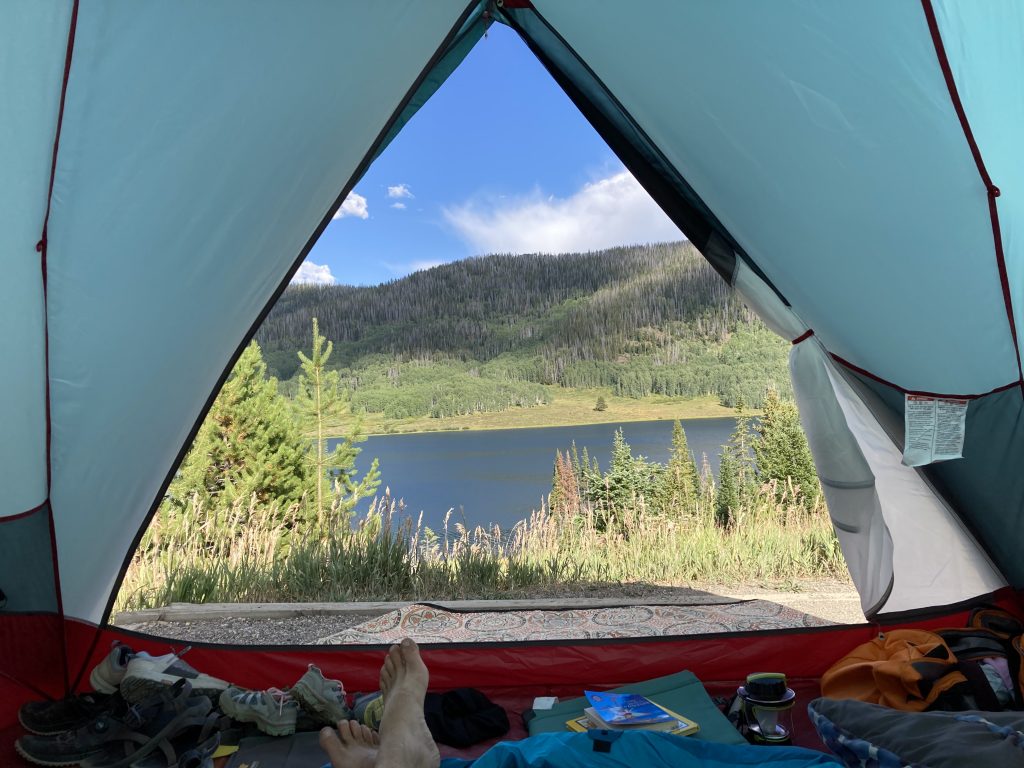