It was a mountain bike race like no other. Twenty-four hours of non-stop racing.
The excitement kicked in immediately when I arrived. The rugged and technical eight-mile course was set in the hills and the varied terrain around Conyers, Georgia. The large sleek black trailer sporting the event logo and the many colorful tents of various venders and sponsors of the event stirred the senses and made up the central expo area in the huge grass field of the horse park. In the background, masses of tents, vehicles, participants, and support staff abounded and the immensity of the event had only just started to sink in.

In the moments leading up to the start at noon on Saturday, the nervous tension and thrill often associated with a race start whipped up to a frenzy. Our team runner made final preparations and joined the herd of other runners. They started with a 600-yard dash to their mountain bikes and then rode a short lap on the wide course around the horse park to thin the pack riders out before tackling the narrow twisted trails of the main racecourse.

When it was my turn to ride for our team, the sun was low on the horizon and I was required to carry lights. I had never been in a mountain bike race of any sort before. Some thought I was a little crazy for making a 24-hour race my first one. I was excited and nervous. My teammates helped me check all my systems. Our team mechanic gave my bike a final look over and said it was good to go. I had a small hydration pack on, and both my helmet mounted light and handle bar lights worked. I was ready.

The transition zone is where all riders had to dismount and walk their bike through to either pass their baton on to another rider or for those soloing just check in so their lap was counted and ride again. The race was judged by how many laps your team does in the twenty-four hour span.

So far all my teammates who rode before me have done the course in under an hour. I was determined to do the same. After riding around the campground for a few minutes to warm up, I waited with a newfound sense of calmness in the crowd of “next riders” like myself for my teammate to arrive and give me the small wooden dowel marked “502,” our team bib number.

When my teammate arrived, there was a sudden rush of excitement. We interacted clumsily in passing the baton. He was shaky from the previous hour of riding, and I from the surge of adrenaline now being released into my still dormant body.

I surged out of the transition tent and jumped on my bike and settled into the rhythm of pedaling, breathing, and watching the ground whiz by me. The first quarter-mile was an easy straight and level patch along the far end of the horse park. Then the trail shot into the woods with a slight climb and on the gradual descent on the far side the rush and thrill of downhill speed put a grin on my face. The terrain put us through the hoops; bombing down steep trails into the ravines and then having to gear down and climb our way back out again.

The first half of the course on the west side of the park was great. There were long stretches of easy fast trail, then occasional sections weaving through thick stands of trees where, more than once, I nearly caught my handle bar and would have wrapped myself in a nasty tangle. Then there were long solid climbs that seemed to go on forever.

The last section was down a twisted set of very bumpy switchbacks. The shadows of the western hill had lengthened out and obscured the direct sunbeams of the early evening from reaching the tent city below me. As I was coming down the last hill, I could hear the generators people had started up in their campsites. These would drone on through the night as the race continued.

When I finally popped out of the trees and was back on the grass, I got the opportunity to pass someone I had been following very closely all the way down the narrow switchbacks. Suddenly I felt my back tire slosh around and I looked back only to see it was dead flat! Blast!

I hopped off of my bike and had on more tree island to get through before I was back in the main section of the horse park where our team was camped out. As I was running along the racecourse, I started bellowing out names of my teammates and followed with “Bring me a bike!”

For our team riders before me, we had made an effort to come over to this section of the course near our campsite about 20 minutes or so after they had started to cheer them on as they looped around the perimeter of the horse park towards the eastern half of the course.

When I finally arrived at the cheer zone, nobody from my team was there. It was a combination of my arriving early and them being a little late. Had my tire not blown, they would have never seen me blow by. It took us a few minutes to connect and to figure out what to do. I didn’t want to fix the tire, I just wanted one of their good bikes.

Finally, I got a bike. It had felt like ages and about 9000 riders had passed me. The bike I was now on was from one of the smaller members of our team. The seat was way low and not adjustable without a tool. Also, since I purchased my bike in Australia, my breaks were on opposite sides (a.k.a. motocross style), so I had that to get used to that switch as well.

I was back in the race and headed for the very technical second half of the course. Here the course traversed huge slabs of granite to which tires stuck very well (when it was dry) but was very unforgiving with regard to bumps and humps. The terrain was much steeper and while I never had to dismount on the first half, I found myself pushing my bike up a few very steep sections of trail on this half.

It was at the base just before one of these steep sections on my third lap in the middle of the night where I had my only “endo.” That is to say “end-over,” as in my rear end flipping over the handlebars and I was suddenly in front of my bike splattered out on the ground. In all honesty, at the moment I felt nothing, save the gritty texture of the dust and dirt covering half my body as I popped back up and ran my bike up the steep section of granite to be out of the way lest another rider was bombing down close behind me. I must have made some noise when I hit because a much appreciated “Are you OK?” from above was shouted down.

It really was a very friendly race. Riders were courteous about passing and being passed all along these narrow trails. If somebody fell, or was off their bike, riders passing would ask if they were OK.

After the last checkpoint, it was mostly down hill to the transition zone. I bombed down the pitted and knobby granite, over the protruding webs of roots, and back onto the smooth grass of the grounds of the horse park and sprinted home. I finished the lap with just enough light in the sky to not need my artificial illumination.

I was shaking from the thrill of the ride as I passed the baton on to our team captain, stuffing it into her hydration pack. She had about fifteen minutes and then the darkness in the woods demanded she turn her lights on and she rode the first dark lap of the race for our team.

My goal was accomplished. I had ridden the course in less than an hour. Fifty-seven minutes, with a flat tire, exchanging bikes and getting used to the new ride. I had two more runs after that first lap. The next started at 1:30am. Riding in pitch black was another totally new and completely awesome experience. Patches of mist were starting to form in the valleys and ravines. These patches of fog would sneak up on me, and suddenly my lights illuminated the whole cloud as it whisked by me.

The last lap I rode was the final dark lap. It seemed fitting for me to ride the last lap of light and the last lap of dark. The pre-dawn light was beautiful and only heightened the experience of the ride.

Our team captain rode our final and 25th lap and finished the race at noon on Sunday. This put us in fifth place of fifteen teams in our category of corporate teams. In the end, our placement really didn’t matter. It boiled down to having a great time, working with some great people on my team and the organizers of the event. It also re-introduced me to a sport I have always had an interest in, but had never fully realized. Now, I’ll pursue it with a newfound vigor. 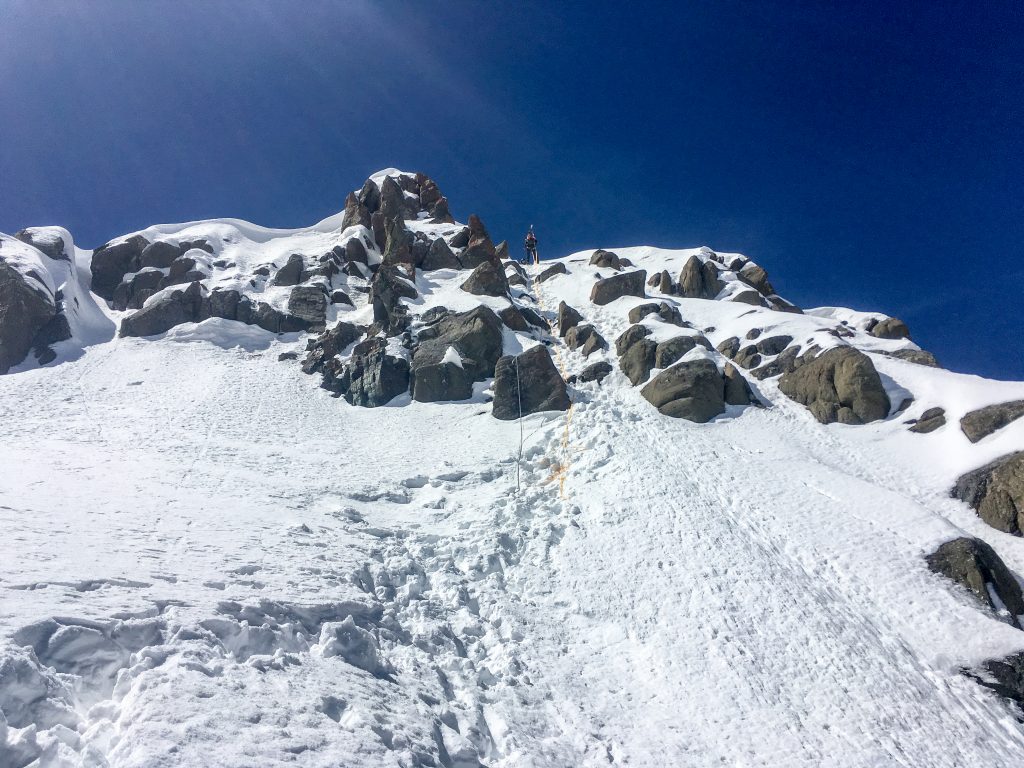