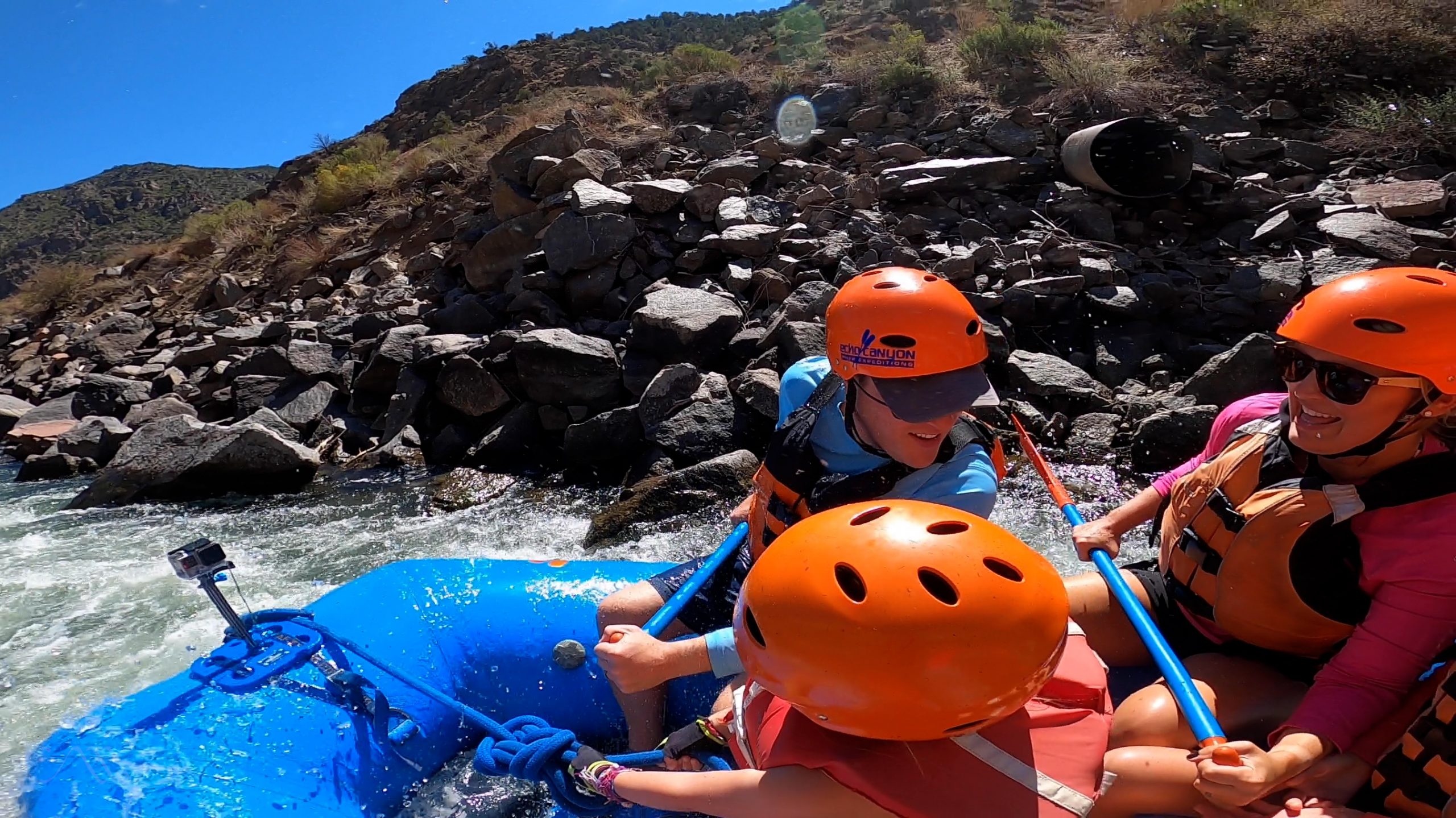 Rosie and I were invited by Echo Canyon River Expeditions to check out one of their family-friendly half-day river trips on the lower Arkansas River in Colorado. We had just come off of our bigger river trip, 6 days down the Green River in Utah through Desolation Canyon. These are two very different styles of rafting experiences and Rosie got a little shy at the put-in where the Echo Canyon River Expeditions staff was busy getting a stack of boats off of the trailer and from the top of the bus and literally boatloads of clients were standing around in their bright orange PFD’s and helmets waiting to be assigned to their vessel and guide. At the put-in for Desolation Canyon, our family and the family that invited us were the only ones around, probably for 20 some miles. Then, once on the Green River, we didn’t see anyone until the second to last day.

Our trip was in the morning so we drove down from Boulder the night before and stayed in one of the glamping tents at the Royal Gorge Cabins. These are walled canvas tents with a double cover roof complete with hardwood floors and queen size beds. At first Rosie was pretty excited about having her own big bed, but in the end wound up in bed with me for the night. Such good kiddo snuggles. She’s finally a slightly more peaceful sleeper than she was as a toddler. Meaning, I didn’t get kicked or shoved too much.

Although there was a fire ban in the area, Royal Gorge Cabins has a large propane fueled fire pit that’s legal in times like this and that worked well for us to cook up some s’mores and watch the indigo sky fade to black since we arrived after sunset.

Once we got on the river, Rosie warmed up and started showing how much fun it is to be splashing along. The river was pretty low, it was the end of the season, and that just gave us more bumps to hit! Along with our guide Ramzi, we had a nice family of four in the boat with us from the St. Louis area. In chatting with them, we discovered they found their way rafting because the kids wanted a summer vacation to be a bit more adventurous than the ones they had in the past. If I recall correctly, those trips have been more of a shore-side cabin style and hanging out. Time on the river like this sure fit the request and it sounds like they’ll be getting more and more adventurous in the years to come. This was a perfect trip for a family to get a taste of adventure!