Back in Seattle and I’m back on the water. This time however it’s time to sail with the Melgus 24 fleet. Paul who owns the boat works at K2 (as you’ll see through subtle hints in some of the photos) and needed a fourth to fill out his crew.

The rest of the crew, Terry and Glenn, were at the boat with Paul when I arrived. Glenn owns a Melgus 24 as well, but he’s waiting for his new mast to arrive after busting his old one in half while sailing in the ferocious winds of the Columbia River Gorge.

It was still dark and pouring down rain when I awoke at 6am Saturday to fuel up with a hardy breakfast. Not the most encouraging weather before going out to sail. But by the time I had made a lunch and was on the road, the rain had let up and I was even greeted with long horizontal sunbeams as I crossed the Fremont Bridge. But those were short lived and the sun was soon hidden by the overcast sky.

Saturday things were pretty calm. After rigging up the boat on the trailer in dry storage, we put the boat in the water and had to get a tow out of the marina because there wasn’t much wind. The start was scheduled for 10am… but the all too familiar Cat-in-the-Hat flag from winter racing in the SF Bay signaled a postponement in the race and we drifted around for three hours under mostly cloudy skies waiting for the wind to pick up.

When the wind finally came, it was very light. Starts were gentle and special tactics were employed to keep the boat going.

Sunday was a different story.

It was blustering and blowing as we rigged the boat in dry storage again and getting out to the race course under sail was no problem. The start at 10am went off with out a hitch and we were hiking way out to compensate for the heavy wind in the sails. The first few races went by with out any problems. Some of the starts were a little hairy… like when “White Lightning” stalled out right in front of us on the start line causing a few of us to have to tack around and loose all of our momentum in the process. Other starts were amazing and all the boats were lined right up.

Then the wind started to pick up and we started having some equipment issues. The worst of them being the spinnaker halyard that kept popping out of the jam cleat. While we’re in the stern of the boat to get it up on a plane, the spinnaker would suddenly pop and go flying out before us. We were usually able to get it hoisted again before it filled up with too much water, but when we missed that we had to haul it in from the side of the boat like pulling in a shrimp net.

At times, a gust of wind would come up and blow us right over onto our side. We would all scramble up to the high side of the boat and hike out to try and get the boat to stand upright again and continue sailing. Eventually, things got to the point where the spinnaker sheet got wrapped around the mainsail and we had to cut the spinnaker loose. We were able to haul it into the boat and continued to finish the race just using our main and jib for the remaining downwind leg. We weren’t the only ones with problems out there. Others were having a good fight with their spinnakers and the worst of the day was when “White Lightning” snapped her mast in half in almost the same spot Glenn did.

All in all, I loved it. Glenn, Terry and Paul are great guys to race with and I hope to be out there with them again. 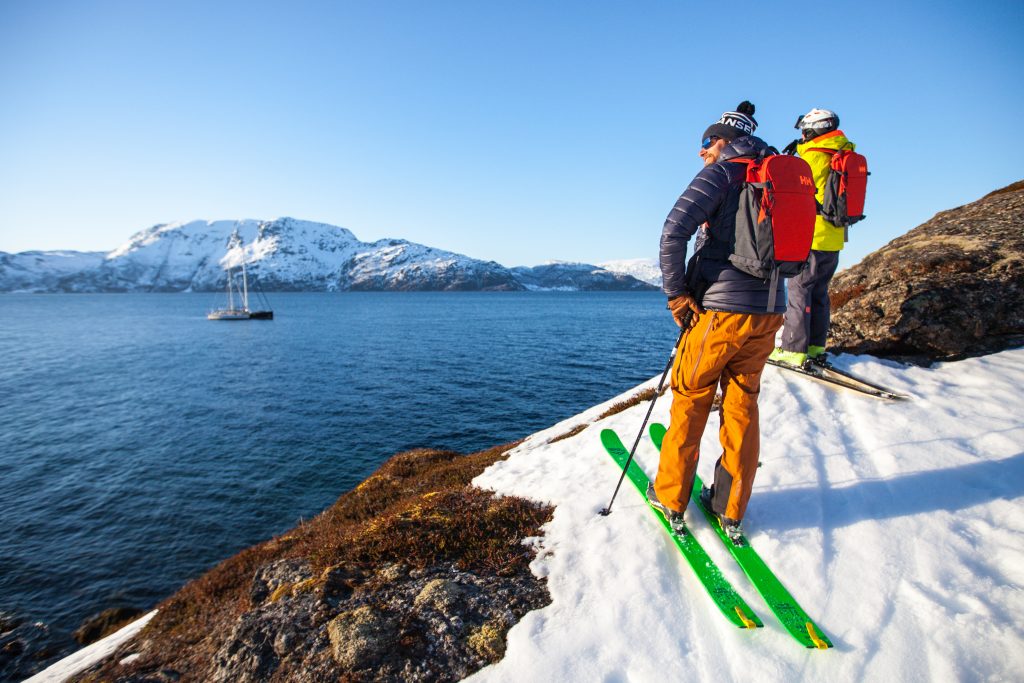