I was brutally reminded of this many times as the 60 foot racing yacht, the Sydney, got dumped on its side and I either rolled out of my bunk, was flung across the cabin, or got soaked through my wet-weather gear and was nearly washed off of the deck of the boat, only to be saved by my harness.

Gusts of wind exceeding 60kts pushing the seas into a massive undulating 60 foot runaway roller coaster ride that had no sense of direction. At one moment, we would be at the crest of the wave, looking over the tops of the other waves lapping at the sky, our visibility sabotaged by the dense gray sheet of falling rain and clouds. The next moment our gaze would absorb the tremendous 60 foot drop as the boat nudged over the wave crest and plummeted into the gaping trough of intense blue-gray water below us. Our stomach forgotten in our throats, and hands clenching the safety-line as we surfed down the back side of the wave reaching speeds of 28kts on just a storm jib! If the wave decided not to join us in the boat, our awareness was consumed with the swelling of the next onslaught from behind, or the side, or the front, or all the above, starting all over again.

The phrase “the living sea” finally made sense to me as the smooth and massive movement of the ocean did its dance around us. The wind would howl and whip across the deck and would kick the cresting lip of a wave up, spitting into our face. The salt would crust off in flakes later after the water evaporated, leaving its mineral deposit behind.

Sleeping was a new adventure. It was a challenge just to find the strength, after using every muscle in my body to stay in the boat, to change out of my harness and wet weather gear. This gear was a pair of waterproof nylon bib pants, and a jacket with a massive and very secure hood system. Multiple zippers and Velcro flaps doing their best to keep the raging sea out. Sometimes, we were to exhausted to bother taking it off. There were two padded benches, modified into bunks in the mid cabin. They had slings tied across the open side to harness a sleeping sailor despite the heavy rocking of the boat. We tried to reserve these easy access locations for the experienced sailors on the boat who were in a mad cycle of taking turns at the helm. One hour on, two hours off, while the rest of us worked in shifts of three hours on three off as lookout. Sitting on deck with the helmsman we made sure the helmsman didn’t fall asleep, or get washed overboard.

This routine only accounted for about 36 hours of the 5 day trip. It took us three days to reach Bass strait from Hobart due to the persistent Northerly wind that kept blowing against us, causing us to move with large tacks to make any sort of headway. At times we joked about tacking all the way to New Zealand.

Once we reached Bass strait, the winds began to work to our favor, sort of. Finally the main gust was from behind as a Southwesterly pulled us along to the north. It was the most dramatic 24 hours of my life. Eventually gaining my sea legs after three days in the rack I was able to assist in watch duties relieving those who had pulled double and triple shifts to account for the absence of myself and other first time open sea voyagers. The worst of it was how worthless I felt for being out of it the three days before. Being seasick I could handle, it was knowing that I wasn’t pulling my share of the duties as I had promised that really stung.

Once on deck to serve as watch, my 3 hour service seemed to fly by. During the light hours the undulating blue-green-gray sea would move and parade all around us as we moved from peak to trough amongst the waves. It never got dull, a bit memorizing yes, but never dull to see this massive volume of liquid in motion. As in the dark hours, a rouge wave would wash up from the side, splashing up on deck awaking me from letting my mind dance with the waves. What was amazing about the dark hours was the glittering green glow of the phosphorescent algae trail behind us that was churned up by the hull of the boat. Even the waves on the side of the boat that were pushed away as we rocked down would look like electrical sparks jumping around in the water.

The dawn and dusk watches were magical in their own ways. It was an amplified experience compared to if you’ve ever seen the sun set or rise from the beach. At times you felt as if you were a part of the day’s beginning or end, and yet humbled by the grandeur of the process all around you. Clouds going cotton candy pink, orange and that hard to describe bright glow that you want to call golden, but there’s a bright silver sheen somehow emitted… we’ll just call it the “precious metals” phase of the sun’s transit extremes.

After a rough 24 hour crossing of Bass strait the final 24 hours, working our way up the east coast of New South Whales, the sea began to calm down. By day break the waves cradled the ship in an easy rock-a-by motion as we continued North towards Sydney. The sunny weather, gentle rocking of the boat, and the splashing sound as the hull slices through the waters before us is often called champagne sailing.

The crew hung lazily about the deck, now wearing bits and pieces of their protective wet weather gear that was so essential for the seemingly endless hours of ruthless weather before. We were soaking up the sun and drying out while slowly releasing the tension built up from having to support our selves while the boat got tossed around like a rag doll. It could be likened to the light at the end of a dark tunnel, but that’s not what came to mind at the time… then it was just “Ahhhhhhh.”

It may not have been immediately apparent, due to the relaxed/exhausted state we were all in, but there was a rise in emotion as we changed our heading towards Sydney harbor. As we turned into the wind we lowered the sail that had pulled us along this champagne cruise and started up the engine to knock off the last stretch under power. While docking and jumping off of the boat to tie it down, I didn’t realize I was on “dry land.” I guess I didn’t miss it so much after all. 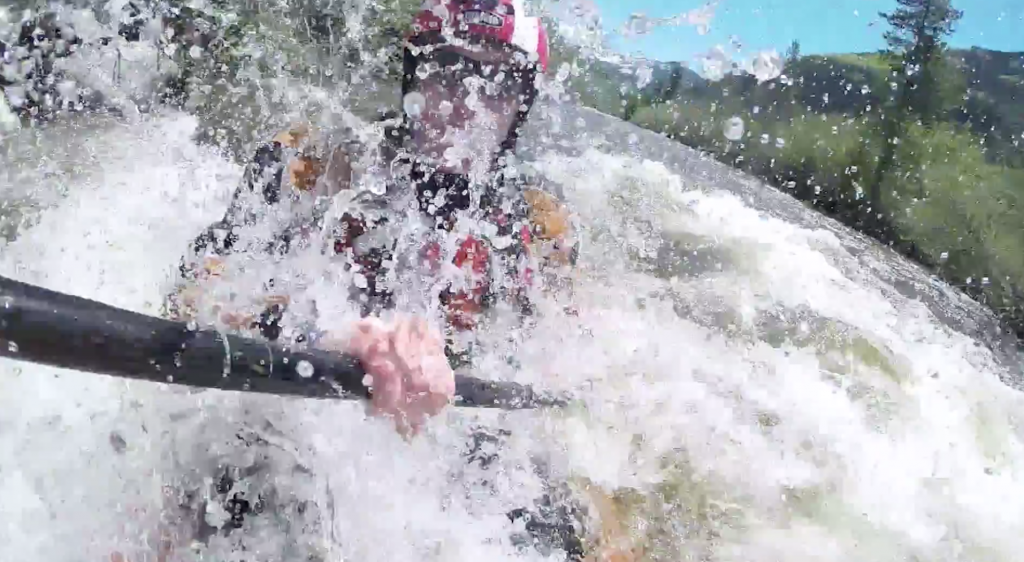