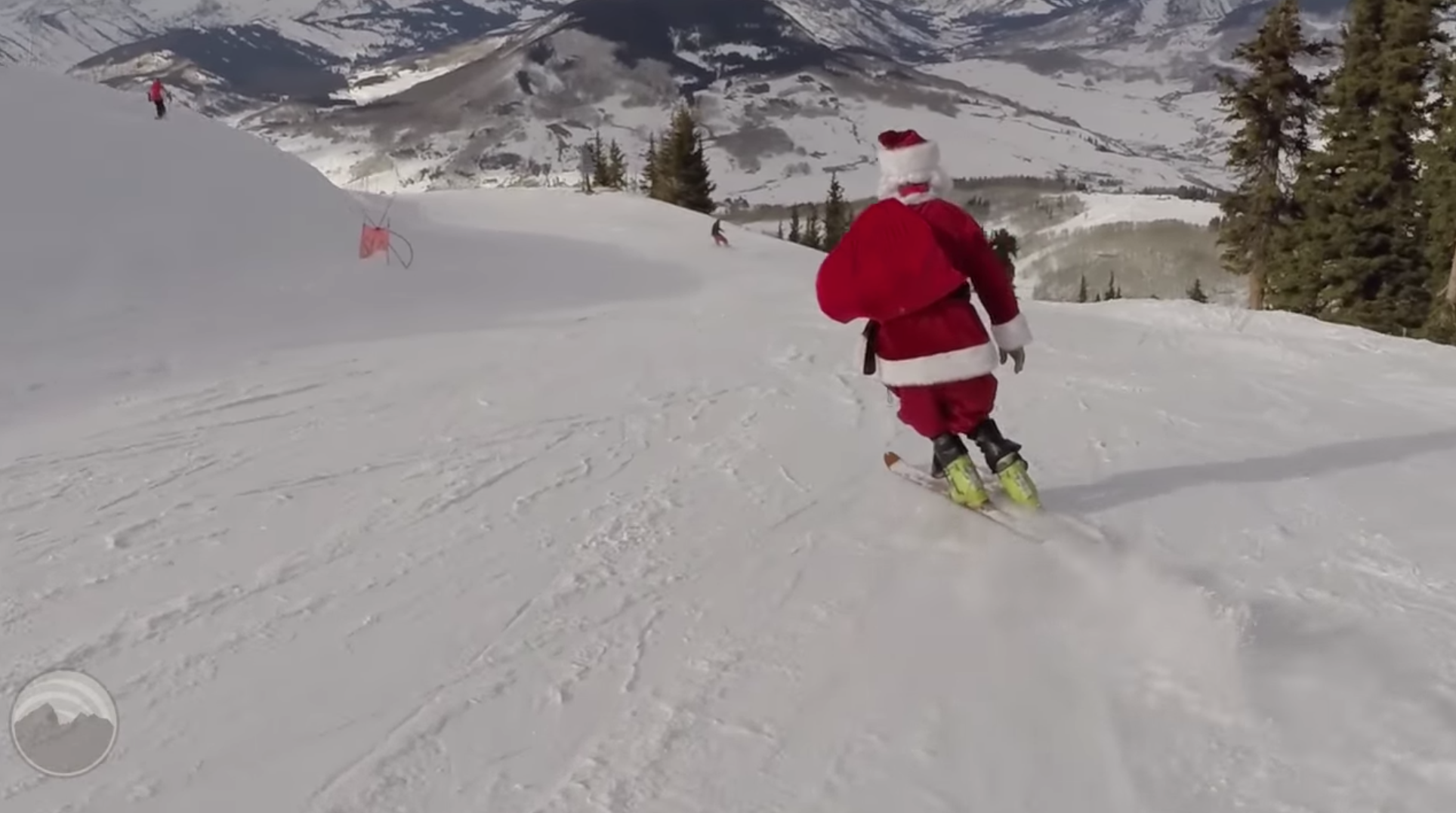 From my latest assignment with Elevation Outdoors Magazine:

Neither snow nor rain nor heat nor gloom of night… Actually, snow was a big part of this.

From the December 2014 Elevation Outdoors Print Edition:
It’s no secret: Folks in Crested Butted like to dress up in costumes. And CB local Shaun Matusewicz felt there was a costuming opportunity for December.

In 2013 he started the Santa Group Ski and drew 423 Santa-clad skiers & snowboarders to swarm the slopes at Mt. Crested Butte. “It was an amazing scene, a huge cloud of red and white, hundreds of Santas swooshing back-and-forth on the fresh snow. I’ve described it since then as pure fun wrapped in a red felt suit,” Matusewicz said.

This year Matusewicz hopes to draw more than 1000 participants and he has submitted a request to the Guinness Book of World Records which is currently under review. After the group ski, the Santas are invited to ditch their skis and hit the town pubs turning Crested Butte into a swarm of red and white swelling the holiday spirit. The event is free and there are some special offers available for a ski pass and discounted drinks. cbsantacrawl.com