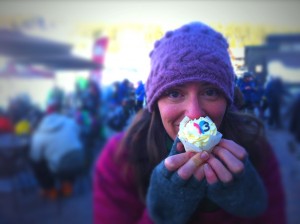 Attending a ski resort’s opening day is not for those looking to avoid crowds. It’s about being a part of history in the making, meeting new friends and sharing in the passions. This year was particularly poignant with Breckenridge Ski Resort kicking off it’s 50th year on the auspicious date of 11/11/11.

As you stepped off the gondola, the first 1,111 guests received a breakfast cupcake with the Breck logo in the icing. Once you picked up a coffee or something to wash that cupcake down with, it was time to get in line for the Colorado Super Chair, the first to open. Folks had started to line up as early as 8am waiting an hour for the first lift up. 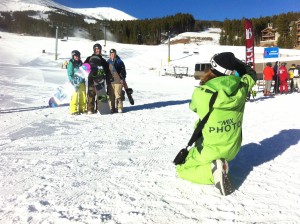 The EpicMix Photo crew, decked out in lime green from head to toe, were at the ready and taking photos and posting them online. This is not just an opening day phenomenon but is part of the new Epic Mix offering. By scanning your ski pass your information is attached to the photo and by the end of the day, if not earlier, you can access that image through a secure portal at EpicMix.com. Though, there are still a few glitches in the system. One set of photos I posed for never showed up. Maybe they went to the person just before or after me. Also, I had my EpicMix settings to share photos on Facebook as soon as they come online. The photographers often take two or three very similar photos and it starts to inundate your Facebook wall. Each photo ended up in it’s own album. I spoke to one of the EpicMix leads and they’re working to get these little bugs out of the system.

Peak 8 was the only mountain open and with that, only three of the lifts were running serving about half a dozen runs. All the open runs were sufficiently covered in snow and there weren’t any hazards poking through the thin snow layer looking to take a chunk out of your skis or snowboard. One of the mountain information staff was telling me things went smoother that last year. By opening up 4 O’clock run most of the speed demons took that run to Park Run, the only open terrain park, instead of bombing down Springmeier where beginner and intermediate skiers were. The steeper run Spruce opened mid morning. 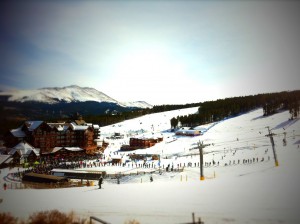 Over the course of the day the lift line would ebb and flow. A moderate number at the start of the day would then swell into a hoard of the masses. The singles lift line for the Colorado Chair was so long at one point it reached the second tower. The first keg of beer was cracked at 11:11am which thinned the line somewhat, but it didn’t really die down until about 2:30 in the afternoon. And this was on a Friday.

Overall, most everybody was well behaved and things went well. It’s looking like a good season is shaping up. Weather reports are calling for a bit of a storm to roll in on Saturday making Sunday look like it could be a pretty sweet day to be on the mountain. 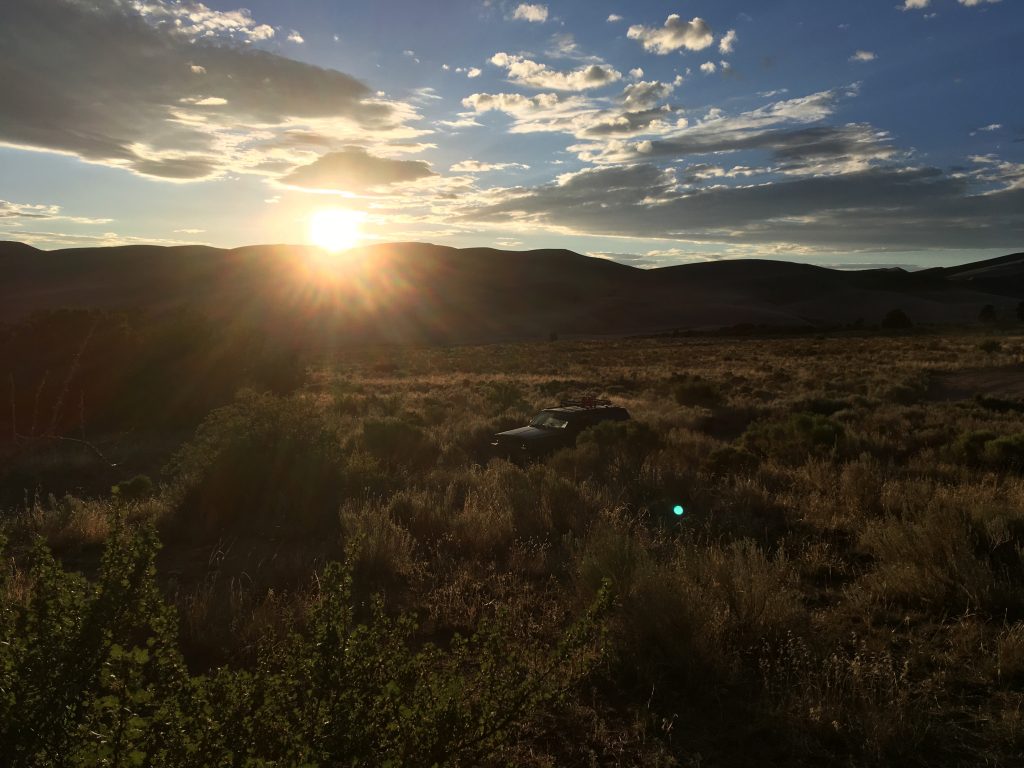