A pod of dolphins escorted us out as we sliced through the electric blue waters, departing Paradise Island near Nassau in The Bahamas. With 15 knots of wind, our jib was enough sail to pull us along through the small swells of water as we headed out to sea. The joy and thrill of embarking on a 10-day, 1,700-mile voyage across the Caribbean Sea glowed from each of the four of us delivering this beautiful 65-foot catamaran sailboat to Panama City.

We hooked around the south side of New Providence Island, headed west across the Tongue of the Ocean, then north over the top of Andros Island and finally south towards Cuba. The current played a large role in our navigation and we expected some current. The eight knots that we had to motor against off the northern tip of Andros was the greatest resistance we encountered for the whole trip. Later, when sailing south through the Yucatán Channel the current and wind was with us making for a very pleasant sail.

Sailing south along Andros Island towards Cuba was when our first night fell. We all stayed up to experience the beauty of the setting sun at sea. But I went to bed right after that as my watch started at 10pm and I wanted to be well rested for that. The watch schedule provided an hour of overlap on either side of a three-hour watch. We would then have 5 hours off before the next watch.

View Bahamas-Panama in a larger map

The night watch is the hardest. Though the stars are beautiful, the darkness and the rocking of the boat is a sure formula for sleep. Also, as a safety measure, we would wear a harness tethered to the life line on the boat with a self inflating life vest. We also had a radio, waterproof light, and a remote ‘man overboard’ activation wristband. When the man overboard button is pushed, it plots that location on the GPS chart so the boat can come back and get you, if for some reason you were unclipped from the lifeline or something like that. It was a pain to wear all that stuff, along with the foul weather gear, but a very good safety measure.

The coast of Cuba was beautiful and instead of sailing through our fourth night, we pulled into a little mangrove patch off the coast of a small village called Esperanza. The stretch of water from Andros and Cuba was a little rough and a night of calm reprise without having to get up for a watch in the middle of the night was a nice break. 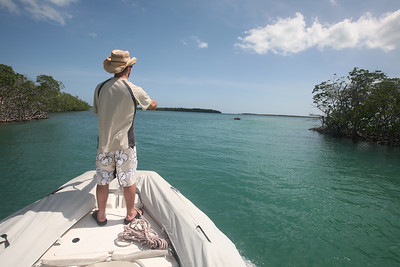 With the boat at anchor, Sascha (the other crew member) and I took the dinghy out for a spin among the mangroves and I got to play with the waterproof housing for my camera to get some underwater photos. The next morning we made an attempt to head to shore to visit the small town. Our excuse, and legitimately so, was to get some distilled water for the suffering battery banks. We’ve been having to run the generator to keep things working because the port side batteries were not holding a charge for very long.

The four of us piled into the tender and I drove us around the mangroves to a small dock where we were promptly met by some nice boys in uniforms. Spanish was pretty limited amongst us, so it became an interesting dialogue with us sitting in our boat and the boys on the dock. In the end, they couldn’t make any decisions themselves and we thought it best not to push the issue and we headed back to the sailboat. As we were returning, two fishermen in a small boat motored by to check us out and we purchased two fresh red snappers from them and promptly cooked one up for supper.

Just as we were cleaning up to weigh the anchor and head out, the military boys came motoring up, still without any distilled water as we thought they might have with them. We invited them aboard and explained that we would love to come see their village and country, but our government didn’t allow it. That finalized the chat and they went back and we sailed out to sea in the late afternoon sun heading west into the sunset towards the Yucatan Strait. 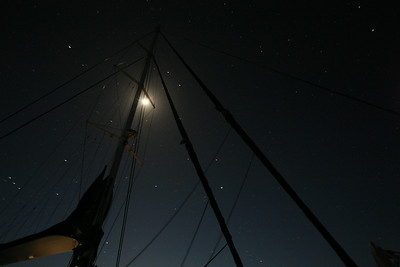 Another round of rotating the watch overnight and by morning we had turned south and could set our course straight to Bahia di Limon, the Caribbean entrance to the Panama Canal nearly 900 miles away.

We had braced ourselves for rougher seas once we cleared Cuba, but even when we were exposed to the potential of swells from the Atlantic we faired pretty well. Of the five days we had remaining while cutting through the vast Caribbean Sea, the wind only pushed against us for about 30 hours forcing us to motor. Otherwise, we were either running with the wind or on a nice broad reach, the point of sail that best suits catamarans. The only rough part was when the waves were coming from the side and the 35’ beam of the catamaran did not work to our advantage as it pitched back and forth.

Fortunately, it was a pretty eventless crossing. With sailing, it can often be a world of extremes. Either everything is going smoothly and boredom attempts to take over, along with complacency (making it potentially even more dangerous), or all havoc is breaking loose and everybody is flat out in the attempts to keep the boat on course, tend to the sails that are having problems, keep water from pouring into the cabin or whatever other infinite maladies could plague a sailing vessel underway. 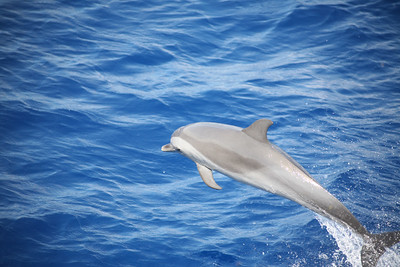 We rotated through our watch schedule and I loved my night segments because out there on the sea without ANY lights from cities or pollution from factories and cars, the stars were totally unimpeded to my eye. The southern cross sat before us and slowly climbed higher each night as we pressed further south.

In a fair attempt to eat from the sea, we dragged a line behind the boat. After loosing two fish while reeling them in (we finally figured out to stop the boat to minimize the pressure on the line to keep it from snapping) we did get a nice Tunny Tuna which cooked up nicely. We also managed to hook a barracuda and with delicate hands we were able to get the hook out of it and release it back to the sea.

As it turns out, we made very good time on this stretch. We made such good time that we were about half a day ahead of schedule and this gave us opportunity to take another anchorage break. This time it was off the coast of the very small Colombian island of Old Providence. We anchored around noon, swam in the shallow waters, made lunch, swam some more, started to clean up some of the boat and after a phenomenal dinner, we set sail one more time into the night.

During this last night watch it was particularly crucial to be watchful for other ships. As we approached the canal the chances of traffic increased and many of the cargo ships coming out of there could plow right over us and never know we were there. As it turns out only a few ships went by and the closest was about 4 miles away. Before any hint of sunrise appeared on the horizon, we had arrived. A cruise ship glowed brightly amongst the otherwise dark cargo ships as we waited for our turn to get permission to enter the bay.

Our turn came with the sunrise and we motored to a holding area and waited for a Panama Canal Authority inspector to come give us the OK to dock at the marina where we would wait our turn to go through the Canal.

Once we were docked were were very ready for a quick dip in the pool before we tackled the huge job of getting the boat cleaned up after being underway for over a week. The owner and his young son were on their way to join us for the transit through the canal and the boat needed to be spic-n-span for his arrival. 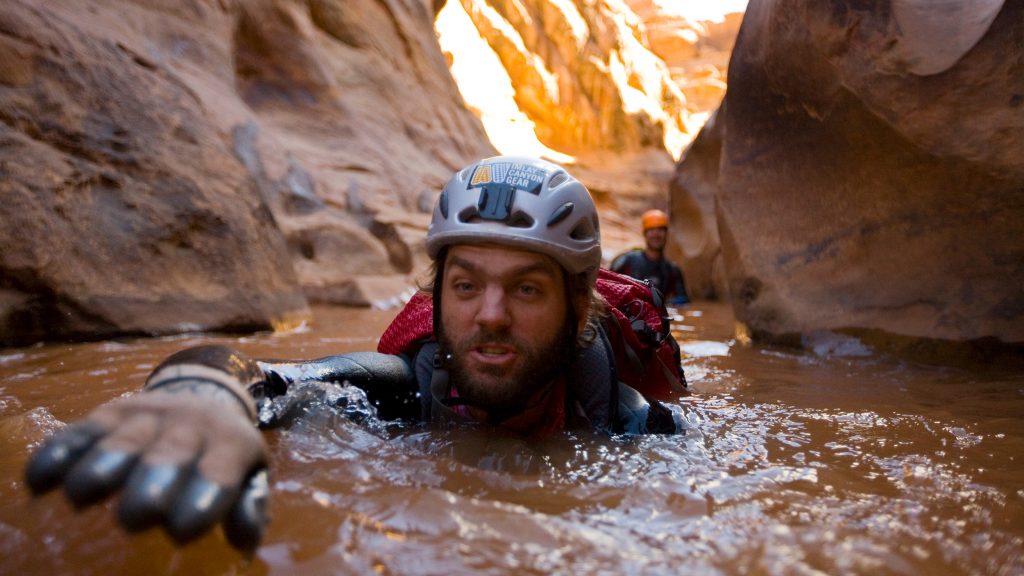