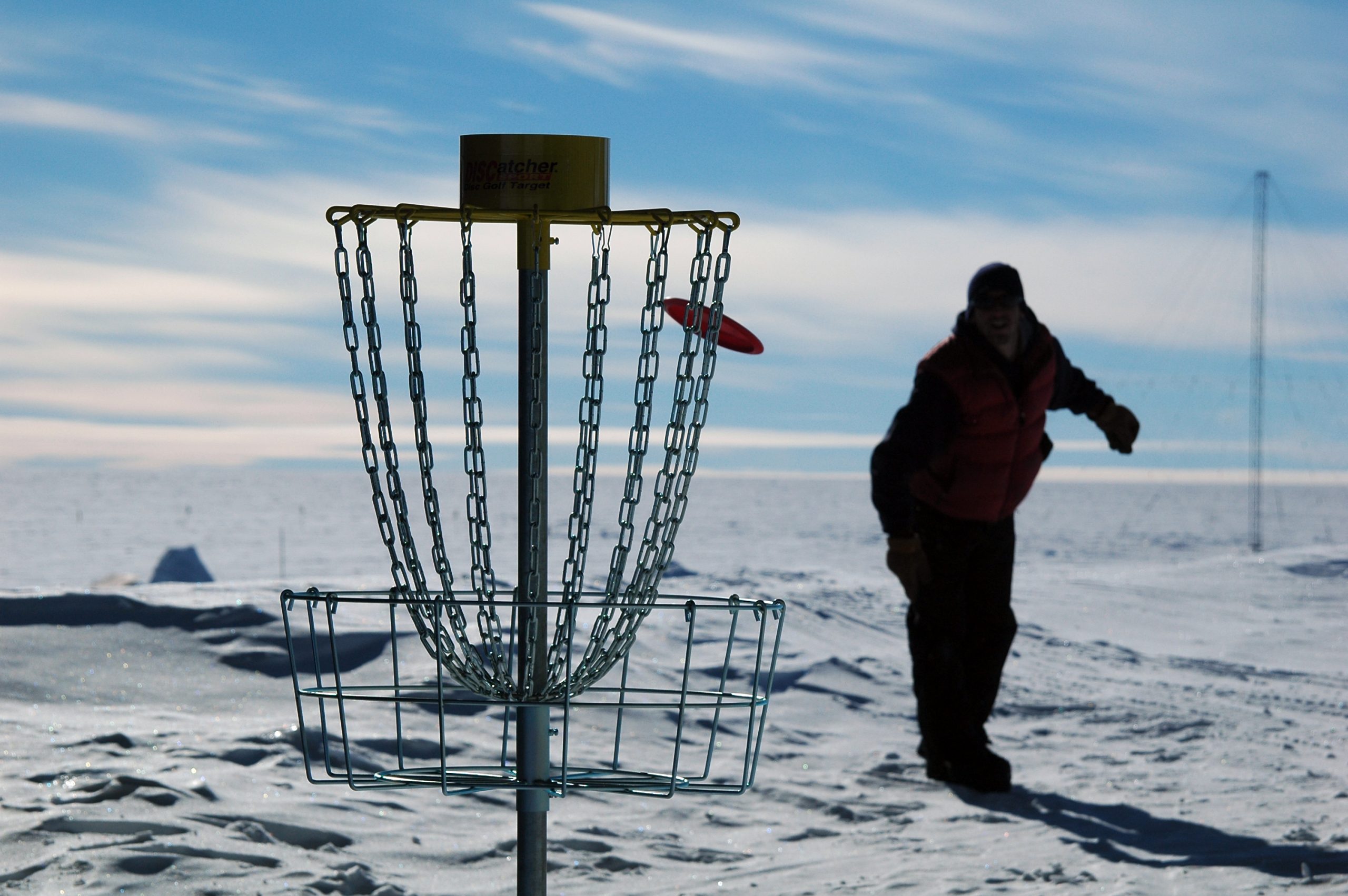 For new years the heavy shop (where all our heavy equipment is fixed and maintained) was decorated with a huge parachute that covered all of the ceiling and much of the wall space. A stage was built and some of the very talented musicians got together to form a few bands that played live music all night long. For the countdown to midnight some folks trekked out to the pole and found it significant to be right at the very bottom of the earth for the turn of the year. The rest of us did the group countdown in the heavy shop with a huge cheer at midnight. The dancing and music continued and I finally headed to bed, under the blazing sun, about the time Tokyo was cheering their new year, sometime around 3am New Zealand/South Pole time.

Another pole specific event was the annual moving of the pole. Seeing as how the station and the pole that we’ve planted in the snow to represent and mark the Geographical South Pole sits on an ice sheet that moves about ten meters a year, it becomes necessary to move the pole marker to maintain accuracy. So, on new years day each year, a small ceremony is enacted as the pole marker gets moved. Also, each year a new pole marker is designed and built by the winterover crew. So it’s not so much a matter of moving the existing pole marker, but setting a new one. It’s interesting to look along the flow of ice and see the previous years pole markers all lined up.

In the sports department, there have been a few games of rugby, football and soccer played here at the pole. But what might not have been expected is a Frisbee Golf course was set up and a few of us put a round in and had a good time doing it. The course is mostly spread out over the berms which are being redone, so the course and the obstacles in the course are constantly changing. I don’t think the same course has been played twice, yet.

There are more events to come, like SPIFF – the South Pole International Film Festival. Many of the local residents have been concocting up and filming various three minute shorts about the life and times here at the South Pole. Entries are due this week and the showing is on Saturday 21 January.

And then, finally, there is the looming process of shipping folks back home. With over 250 of us here at the pole and only 70 or so to be left to care for and continue to work at the station over the winter people have to start flying out of here before the unflyable weather sets in. But those are stories for a future date.