The Zealand-Bond range is one of the most spectacular routes in the White Mountains of New Hampshire. The Presidentals offer great views of vast valleys, but something about being on the top of Mount Guyot, or out on the remote summit of West Bond instills a wonderful sense of intimacy with the mountains.
Starting from the Zealand Road parking lot I hiked south up a gentle grade for two miles. This was a nice easy start and warm-up, but then the more intense part of the climb started. Just beyond a nice stop for lunch with the spectacular company of Zealand Falls, the trail started going up.

The climb up is steady and the trail is rocky. As I got higher up, the trees started to get shorter and small glimpses of views to the east started to peak through the canopy. The ground around the trail was mossy and spongy, and it kept my peripheral vision occupied as I concentrated on where I would place my next step. Finally, as I crested onto the ridge where the trees were shorter and more like thick shrubs, a side trail to a view vista enticed me to take a break.

The view was awesome. The sky was patchy with clouds and the patchwork of sunlight and shadows would glide along the ground below and beyond me, highlighting different elements of the terrain.

Straight across from the vista was Whitewall Mountain. The trees swooped up the steep slopes from the river in the valley below all the way to the large rounded summit. Just to the south, Thoreau Falls sits in a small notch. The peaks and hills in the background went on forever.

The trail along the Zealand Ridge on the Twinway Trail offered no glimpses to the west until I was up and over the subtle and wooded summit of Zealand Mountain. From there it was a short dip down into a small saddle before I started climbing my last summit for the day, Mount Guyot. Mount Guyot is a clear rounded summit and is reminiscent of the green hills of Scotland with occasional outcropping of rock amongst the fragile alpine scrub carpeting the ground and bracing against the cold 30 mph wind whipping across the summit!

Just beyond the summit cairn, the trail quickly drops down back into the cover of the scrubby trees and leads to the Guyot Shelter and camp.

The next morning, I was up with the sunrise, and it was spectacular. The campsite sits on the steep eastern slope of Mount Guyot just below Mount Bond. Rumor has it that seeing the sunrise from the summit of Bond is quite amazing as well, but I was quite happy with my view. Besides, I still had the summit of West Bond to explore. The word on West Bond is to be there for sunset.

“West Bond puts you out in the middle of a great cirque of hills. To the northwest was the Appalachian Trail coming from Mount Garfield and behind Mount Guyot…”

Although it was still early in the day, I made the spur trip out to West Bond and it was well worth the effort. The trail starts to dip down and with each step, you realize you’re not only going to have to go up the other side, but climb this same bit out on the way back. The climb up was a piece of cake (now that I had dropped my pack at the junction). The usual metamorphosis of trees from standing tall and proud in the protected valleys and gaps evolved to the gnarled and stubby krumholz of those trees holding out on the higher and exposed portions of the slope.

The view, again, was spectacular. The route I was about to take up Mount Bond and beyond along the ridge of the Bondcliff Trail was clearly visible. West Bond puts you out in the middle of a great cirque of hills. To the northwest was the Appalachian Trail coming from Mount Garfield and behind Mount Guyot. Circling clockwise is the ridge down Guyot where I had just hiked this morning, then the view continues up Mount Bond, along The Cliffs, and 270 degrees later the hills give way to the Pemigewasset valley way below.

It was a pleasant and easy climb up to Mount Bond, and the view was still brilliant without the sunrise. Looking beyond where I was heading, I could see the trail and how it skirted along the narrow ridge to The Cliffs.

The Cliffs, aka The Bondcliffs, are not just exposed on the vertical face, but the football field-sized top has no trees and just a few patches of green protruding through the cracks. I took some time here to rest from the dip between Mount Bond and the top of The Cliffs and to get out my journal and jot down a few notes and thoughts. The wind was starting to pick up, but it was a welcome cooling agent.

Beyond The Cliffs, the trail ducked back down into the trees and hooked up with Black Brook. At one of the crossings, the sun was beaming directly upon a large smooth rock in the middle of the calm late season trickle of a stream. It beckoned to be rested and lunched upon. After a meal of PB & J bagels I leaned back and fell asleep for nearly an hour with the gentle sound of water flowing around me.

About five miles beyond The Cliffs, the Bondcliff Trail intersected the Wilderness Trail, which is an old railroad grade converted to a trail, running along the Pemigewasset River. The last two miles of this nearly nine-mile day was flat and easy along the railroad grade to the Franconia Shelter Camp Ground. From here a short half mile hike takes you up to the soothing pools and rapids of the Franconia Falls. Unfortunately I had arrived there late in the day, and the sun had just vanished from the deep valley where the falls reside. So, I limited myself to one quick jump in the deep pool to rinse away the grime of the past two days.

The three-mile hike out to the visitor center was a breeze. The river continued to rush along side me as I started to contemplate and wonder what it was like when there were tracks and trains still running through here. 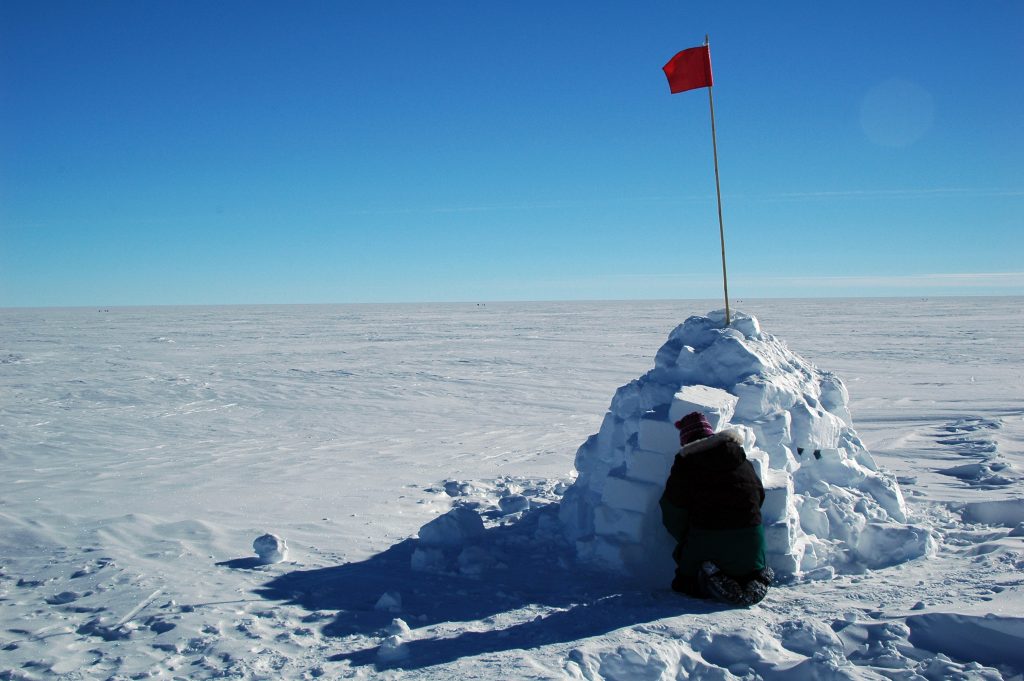