Hokkaido is the northern most of the main islands which comprise Japan. And Natalie and I went to the northern tip of Hokkaido. We were hoping for clear enough weather to see Russia for the first time, but the relatively close island of Sakhalin remained elusive.

Getting there took us about 33 hours all up. We drove the first leg, leaving my last English lesson at 11pm Wednesday night. After witnessing the sunrise and the thick population of huge and barbaric semi-trucks we arrived in Yokohama (just S. of Tokyo) at 6am, dropped the car of at a friends house and took the Shinkansen (bullet train) and local JR (Japan Rail) lines to arrive in Sapporo at 8pm, then took an overnight train to Wakkanai and the first ferry in the morning to Rishiri-to (island), stepping off the ferry and starting our trek up Rishiri-zan (mountain) at 8am. Talk about wasting no time!

The island looked clear as we were on the boat heading that way. The peak of Rishiri-zan stood alone in the blue sky at a majestic 1719 meters (5638 ft) straight out of the dark blue ocean. Although, the book had warned us about the possibility of late afternoon clouds and weather moving in. Like smart hikers we were well prepared for most any weather, and in the dark corner of our minds we were hoping some storm would hit to justify the weight of the gear in our packs.

We choose to hike from the ferry terminal up to the trailhead, ensuring that we climbed every meter of the 1719 of them laid out above us. As we started up the trail, we started seeing a few folks coming down, and calculated they must have left just at daybreak, around 5am. Something we witnessed from the train before pulling into Wakkanai. They had arrived the day before and camped right by the trailhead to ensure an early start.

The plant life along the lower part of the climb was thick and lush. The hot, sticky, and humid air we were used to down where I live in Komono, had long since yielded to the northern latitudes as we worked our way up Japan. Now the air is cool, clear, and crisp. Although, the warm sun and the exertion of hiking warmed us back up with out any trouble. Most of our water breaks were on scenic outlooks graced with a cool breeze. Our lunch stop showed the first signs of clouds threatening to move in and the wind picked up and became much cooler. Undaunted, we continued on. We were now passing lots and lots of folks heading back down the mountain. Some individuals, some groups, all were friendly. Some of them were keen to take the chance to practice their English as we passed on the trail asking us where we 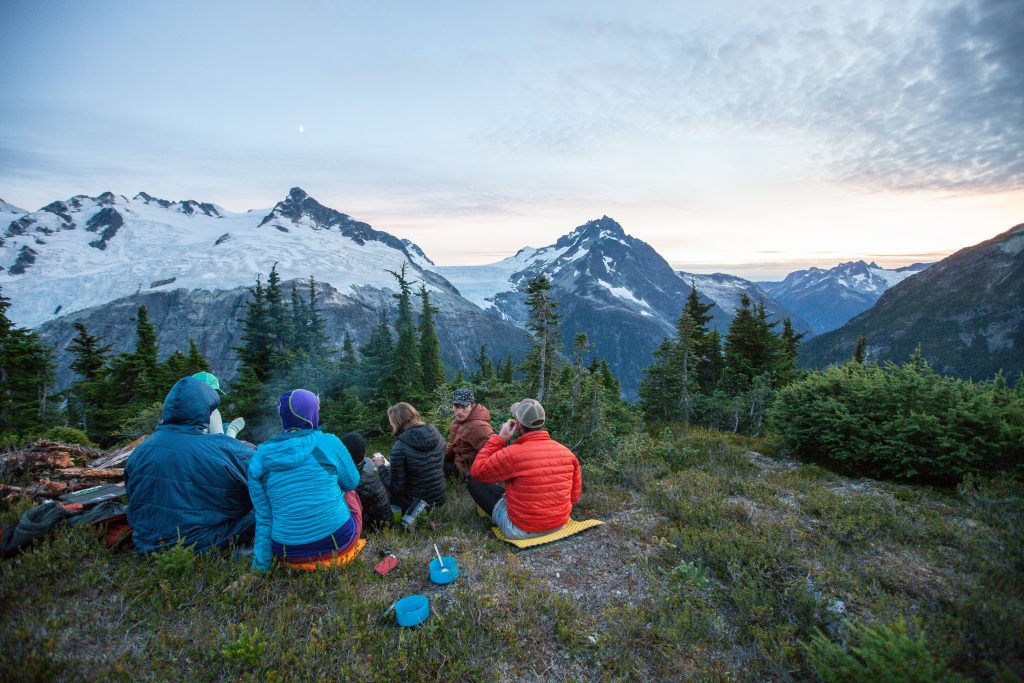