Australian Geographic have had a website up since 1995, but they were way ahead of the times as far as the web culture in Australia was concerned. The board of directors have recently bought out the ownership of the business from one of the very large publishing companies here in Australia, called Fairfax. With this new private ownership and independence, they have decided that the website, among other things, need improvement and have just finished a large strategic research program encompassing the viability of the AG On-Line. With that plan showing positive results, they are just now ready to move from thinking about it to doing something. Somehow I managed to walk into the conversation at just this time.

How did that happen, you might ask? Well, it goes back a little way to when I first got here in Australia, I was visiting the home of Brian and Marie Fox. From whom I’ve been renting a room while here in Newcastle as it turns out. They had a copy of AG on their coffee table so I checked it out. With my recent summers experience working for National Geographic Interactive, I found the website address to AG and gave that a look when got a chance. Go ahead, you take a look. You’re sure to have a very similar reaction to me. Http://www.ausgeo.com.au (note – it’s better now, but it’s only up from here:may 5, 2000)

Needs help, doesn’t it? Well, that’s what I thought. And at that point began pondering how to go about getting my foot in the door.

In the mean time, I found a web redesign job with Peach Advertising, but I’ll tell more about that later. So my drive, and time for that matter, to look for another job diminished a bit, but not completely.

Shortly after I started working at Peach, there was an event called “Internet World 99” down in Sydney. The internet software company Macromedia was there giving seminars and many of the Internet companies in Australia had an exhibit or display of some sort. I walked around to the ones that appealed to me and passed out my resume just in case. One of he companies, I found out, does the work for AG.

“Oooh! This is it!” I thought to my self. So I introduced myself, mentioned my experience at Nat. Geo on line and gave them my resume. I don’t recall if I made a follow up call to them. I don’t think I did because I had the job with Peach, but was keeping them in mind for when my contract at Peach ended. Nor did I however get a call from them.

One of the things I picked up on when I visited the AG website the first time was the announcement of the Schakleton Odyssey Cruise. AG was sponsoring a trip in conjunction with an adventure travel company called Aurora Expeditions. Suddenly my brain went into over drive dreaming up a webcast of this trip to Antarctica.

A week or so later, I joined a group going down to the Kosciusko Nat. Park to do some back country skiing. On our second day out there, as we’re getting ready to go, a guy on his own asks if he may join us. Sure, we’re all very friendly.

So I’m talking to this guy, Angus, and it turns out he’s an Antarctic expedition leader for Aurora Expeditions! I run the webcast idea by him and he says the founder of the company, Greg Mortimer, is a pretty progressive thinker and may well be very keen on the idea.

I met up with Angus in Sydney at one point to discuss things further, and he gave me Greg Mortimers phone number. I wasn’t as prompt in calling him as I could have been. Which turned out to be just right.

When I did call, Greg was indeed very interested and asked me if I wanted to go rock climbing with him this weekend. So I met with him Friday afternoon in his office, we decided he was going to employ me to continue researching the possibility of making the webcast work. The major hurdle: the economics and logistics of using a satellite data link to update the website from that far south.

Warning, Techy bit: Many of the satellite systems are equatorial and at a very high altitude, so once you get beyond the 20th parallel or so, the birds are too low on the horizon to transmit to. And if they are very high up, you need a lot of power to get your signal that far, i.e. huge batteries, or some other power source. The latter isn’t really that big of an issue, cuz we’ll be on a ship most of the time. It’s just that there aren’t many polar centric data satellite systems. Iridium is one of the rare and most likely systems, if they would just activate data transmissions on top of their existing voice network. And if they would get out of Bankruptcy, that would help, too. There are some other systems out there, but that’ll take more research.

But wait, there’s more! So I go rock climbing with Greg and a friend of his, Ben. And Greg is a trustee member of AG! And knows that they are under this new management scheme and are very interested in getting their website fixed up. What a relief to know it needs help. So he tells me to call this guy Howard Whelan, the Editor in Chief of AG.

Well, the phones at Peach were down the Monday I got back from climbing in the blue mountains with Greg. The telecom guy at Peach assures me things will be fixed soon, so that’s when I planed on calling Howard. Too late. My cell phone rings and it’s a very enthusiastic Howard calling me, after what must have been a very complementary talk Greg had with him about me. After faxing Howard my resume, he calls back to schedule an interview. We set it up for this Friday down in Sydney. It’s always been nice to make the most of my trips down towards the big smoke. I had already planned to head that way to go hiking in the Royal National Park just south of Sydney. So I’ll stop in at AG for my interview on the way down.

I attended this interview with my hiking backpack and wearing shorts and a T-shirt… not what the Career Center at Prin would advise to everybody, but I felt it a convenient way to display my true ambition to be enjoying the great outdoors, something AG is founded on anyway.

Those talks went well, and I went on to the Royal National Park for my 2 day trek, and actually ended up meeting some great folks from Seattle who are living out here as well.

After I got back I called AG to follow up on the interview (I tried to e-mail them a thank you note, but their system had been zapped by lightning) and they wanted to meet again.

So this meeting, I met the rest of the AG On-line team, both of them. They are the Director and Manager, up ’til now coordinating the work done by the two external web development sources.

Things went well, they offered me the job, I took it, I found a place near by to live (on the beach), and that’s it! Whew.

So right now, as I write this, I’m really in the town of Dubbo, on my way to Lightning Ridge with some friends. I’ll be up there until Sunday, and start work Monday.

My first job out here, working for Peach Advertising, was just to give their current website a complete make over. They had developed a very basic webpage and wanted me to give it a more professional look and help the navigation system. That lasted for about 3 months, and ended just as this AG thing started to get rolling, so it worked out really nicely. [http://www.peachads.com.au]

Another update in 3 months or so, I hope. 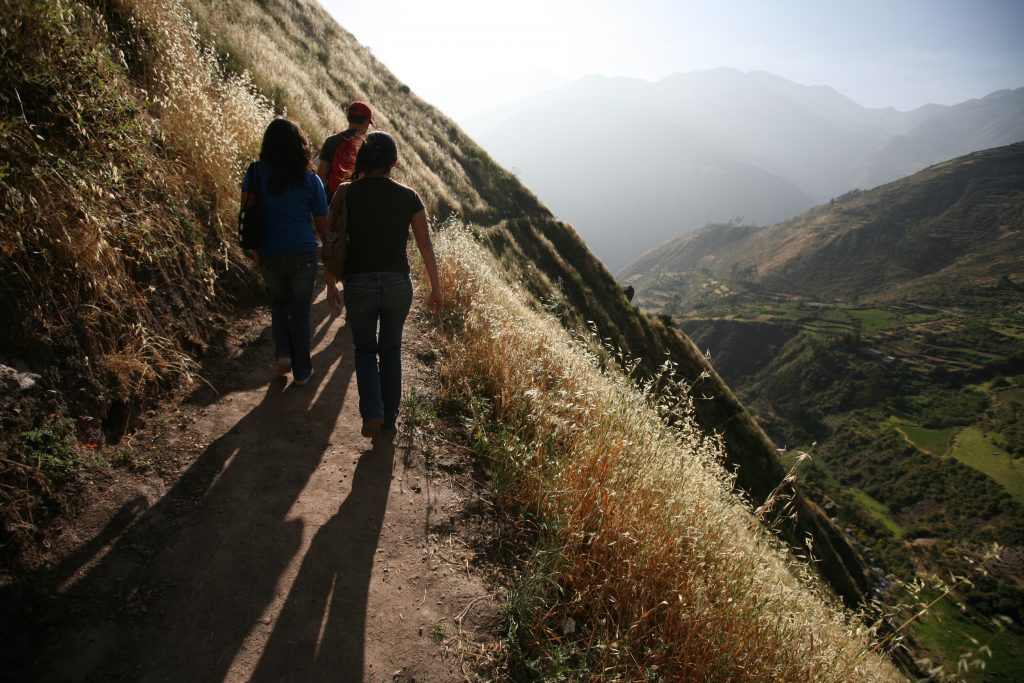