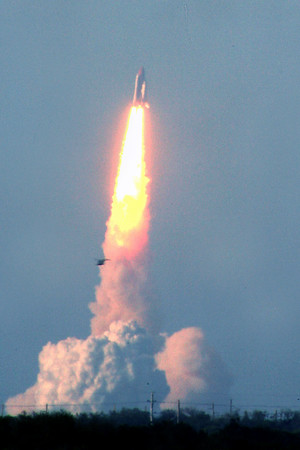 It’s been a childhood dream to see a Space Shuttle launch and only with the threat of the program ending have I put a concerted effort towards actually getting there to see it. Last fall I spent a week on the Space Coast in Florida waiting for STS-133, the Shuttle Discovery to fly it’s last mission. Each day they delayed the launch until finally I couldn’t afford to spend more time in Florida and they scrubbed the launch for at least a few weeks.

After months of going over the leaky fuel tank and related components the launch was scheduled again for 24 Feb 2011 and I was there, again.

As I suspected, after having so much time to get ready for the launch, Discovery was ready to go and lifted off without a hitch, much less any major holds in the countdown sequence.

At the range of about 7 miles on the 5th floor of a condo complex where some friends have a unit I got to see, hear and feel the excitement of witnessing humans breaking away from the grasp of gravity into space. It is awe inspiring.

STS-133 carried a storage module to the International Space Station as well as a new and permeant crew member: Robonaut 2.

Being so far away, the photos are meager, but descriptive of witnessing a launch. It all happened in silence until the sound waves traveled the 7 miles to get to me and then rumbled like continuous thunder. I didn’t feel the force of the launch, but I did feel the excitement of the moment though the cheers of my fellow observers on the balcony. I used a Canon 5D with a Tameron 70-300mm lens with a 2x teleconverter giving me an effective 600mm. 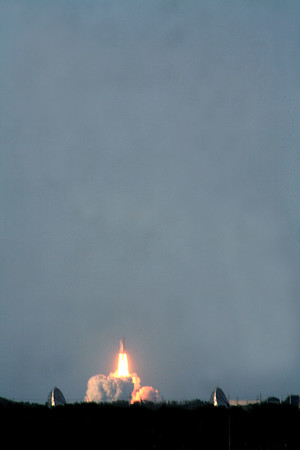 Zoom of the image above: 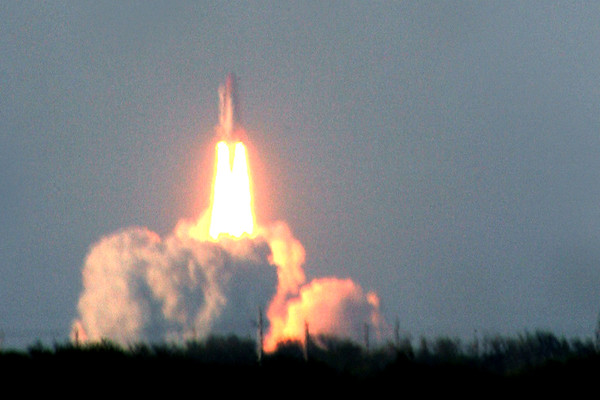 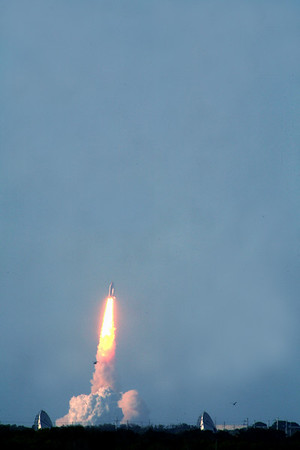 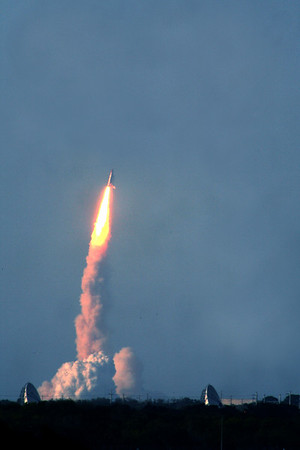 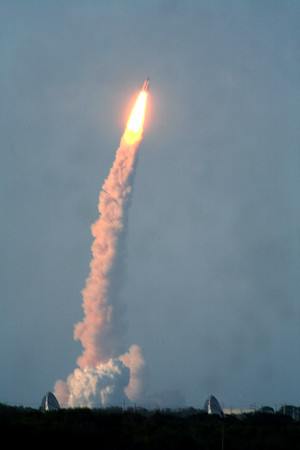 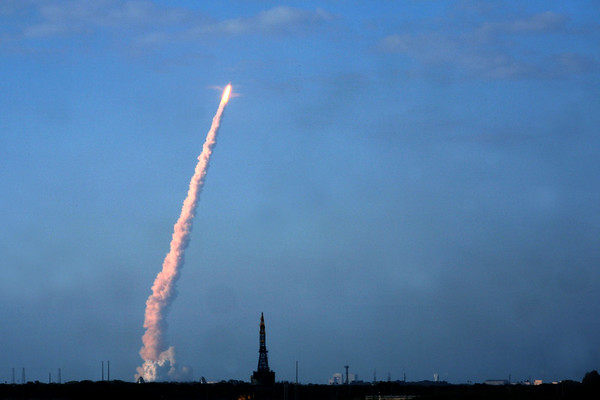